Learn how to live a healthy life and leave a legacy of wellness by looking both to the past and to the future.

You Are What Your Grandparents Ate takes conventional wisdom about the origins of chronic disease and turns it upside down. Rooted in the work of the late epidemiologist Dr. David Barker, it highlights the exciting research showing that heredity involves much more than the genes your parents passed on to you. Thanks to the relatively new science of epigenetics, we now know that the experiences of previous generations may show up in your health and well-being. Many of the risks for chronic diseases — including obesity, type 2 diabetes, high blood pressure, heart disease and dementia — can be traced back to your first 1,000 days of existence, from the moment you were conceived. The roots of these vulnerabilities may extend back even further, to experiences your parents and grandparents had — and perhaps even beyond.

Similarly, what happens to you will affect your children and grandchildren. That’s why it’s so important to make good dietary choices, get a suitable amount of exercise and be cautious about exposure to toxins. Positive lifestyle changes have been shown to spark epigenetic adjustments that can lead to better health, not only for yourself, your offspring and their children, but also for generations to come.

This book makes hard science accessible. It is a call to action for social as well as personal change, delivering the message that by changing our own health, we can also influence the future of the world. 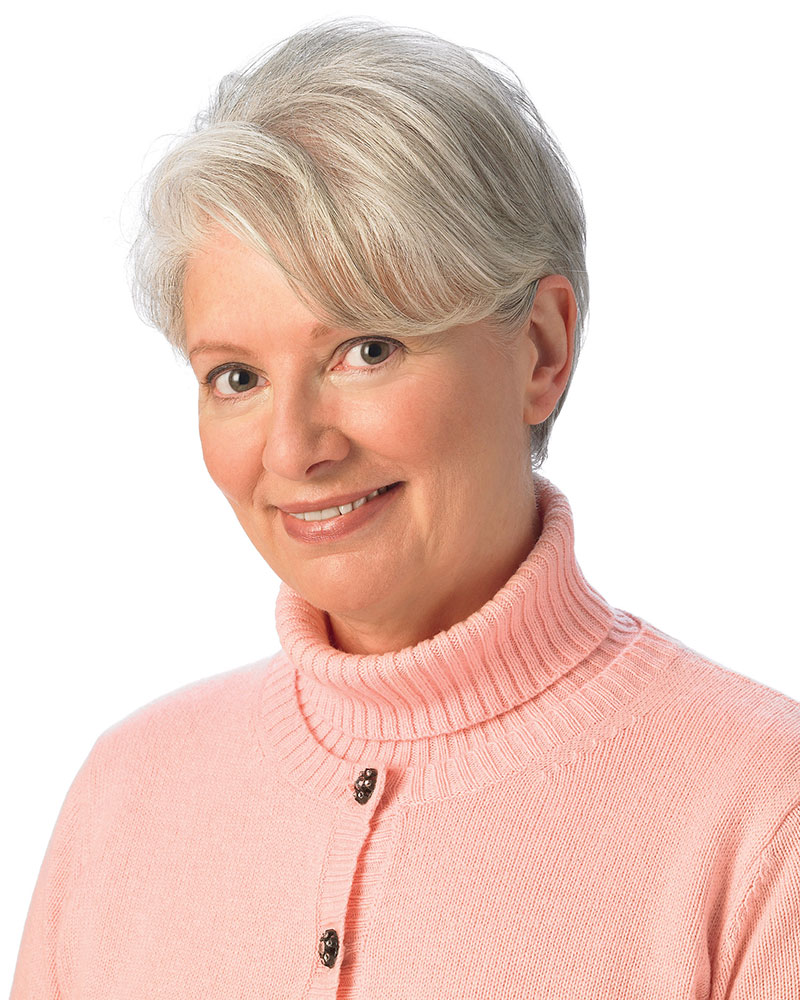 JUDITH FINLAYSON is a bestselling author who has written books on a variety of subjects, from personal well-being and women’s history to food and nutrition. A former national newspaper columnist for The Globe and Mail, magazine journalist and board member of various organizations focusing on legal, medical and women’s issues, she is also the author of over a dozen cookbooks. Judith lives in Toronto, Canada. 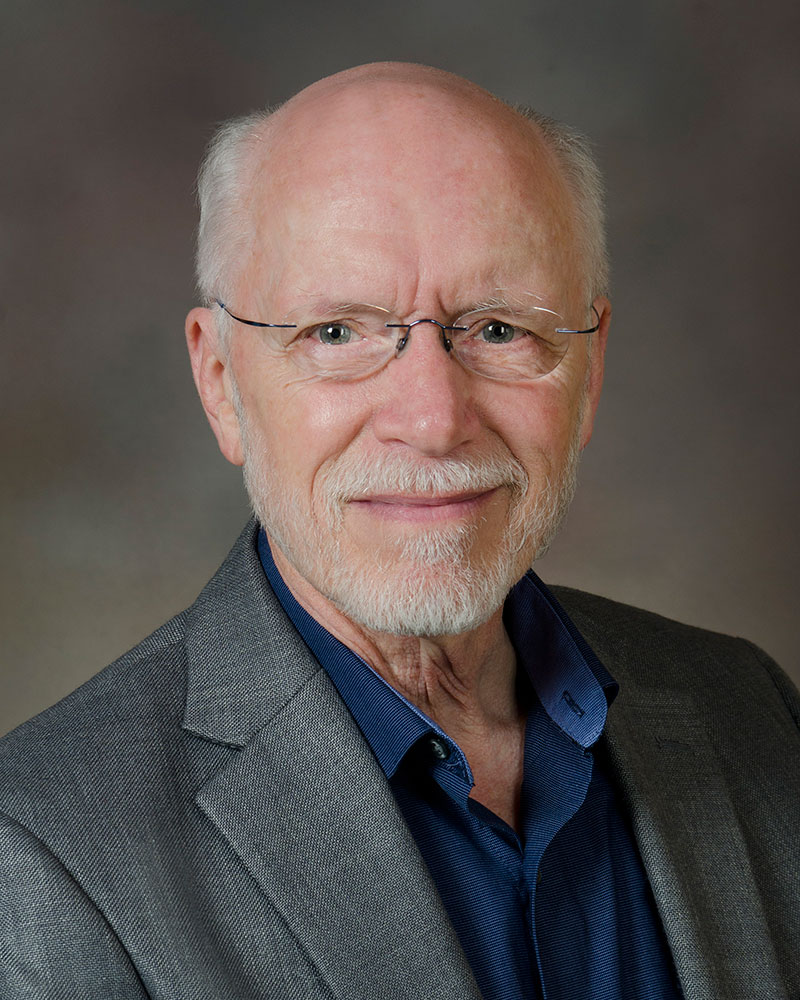 Kent L. Thornburg, Ph.D., is the M. Lowell Edwards Chair of Cardiovascular Medicine and Professor of Medicine in the Knight Cardiovascular Institute at the Oregon Health & Science University (OHSU). He holds joint professorships in four departments. He directs the Center for Developmental Health in the Knight Cardiovascular Institute, the OHSU Bob and Charlee Moore Institute for Nutrition & Wellness and co-directs the Institute’s Epigenetics Consortium. Dr. Thornburg studies fetal heart development and how women adapt to pregnancy and the roles of maternal diet and body composition in regulating fetal growth and lifelong health. His research work is funded by the National Institutes of Health. He oversees clinical studies in rural Oregon and Alaska and collaborates with scientists in 5 countries. Dr. Thornburg serves regularly on advisory panels at the NIH, the American Heart Association and the Children’s Heart Foundation and serves on the scientific advisory board of the Preeclampsia Foundation. He chairs the oversight committee for the Genome–British Columbia Project and he serves on the External Scientific Board that oversees the NIH program entitled, “Environmental influences on Child Health Outcomes” (ECHO) program. He recently served as co-chair for the NIH strategic conference on the genetic and epigenetic underpinnings of child health. He is committed to health improvement across the state of Oregon, among Native People in Alaska and elsewhere.

Your genes can influence the nutrients your body needs and how you process them. This understanding forms the basis of a new field of science known as nutrigenomics.

How you grew and developed during the first 1000 days after conception will impact your health for decades to come. Numerous studies show that poor nutrition during this critical period can increase the risk of developmental disorders, as well as numerous chronic diseases as an adult, including type 2 diabetes, hypertension, heart disease and stroke.

The stage for allergy development is set very early in life. In fact, some babies show signs of allergies at birth. Some experts believe these children were programmed for allergic disease while in the womb.

The bacteria in your gut play a significant role in whether you will suffer from allergies. Children with the most abundant and diverse gut bacteria are the least likely to be allergic.

The beneficial bacteria in your gut have “gourmet” tastes. When British geneticist Tim Spector allowed his son to consume nothing but processed food for 10 days in the interests of scientific research, he was shocked by how quickly the bacterial diversity in his gut declined. Nearly half of the bacterial species in his son’s gut has been completely wiped out.

Following a Mediterranean-style diet can help to lower your risk of developing dementia. While people’s dietary needs are unique, the Mediterranean diet has been shown to temper inflammation, which researchers now believe plays an active role in the development of dementia.

You are what your microbes eat. The bacteria in your gut play key roles in keeping you healthy. Your diet determines the type of bacteria that take up residence in your gut, as well as the balance between the “good” and “bad” guys.

Gut health plays a significant role in your mood and mental well-being as well as your physical health. The bacteria in your gut produce chemicals known as neurotransmitters that help to regulate mood and manage stress.

One of the ways that exercise benefits your health is that it can alter the bacteria that reside in your gut. One study showed that after enrolment in a six-week long exercise program, participants significantly increased their quantities of beneficial gut bacteria.

More than half of you isn’t human.  Experts tell us that human cells comprise only slightly more than 40 percent of your body’s cell count. The rest belongs to microbial settlers, bacteria, viruses and fungi.

How much you weighed when you were born influences your ability process sodium. One study of a group of elderly men and women found that the subjects were more likely to suffer from hypertension if they had weighed less than 6.7 pounds at birth.

If you’re planning to have a family, a father-to-be’s health plays a far more important role in fetal development than previously thought. Sperm cells carry important information that can affect, for instance, whether a fetus is carried to term. Moreover, some of this “programming” can even be passed on through the generations. For instance, research from Sweden shows that if you are a male and your grandfather overate just before puberty, his excessive consumption of food increases the risk that you will die young.

The United States has one of the highest infant mortality rates (6.5 per 1,000 live births) of wealthy countries in the world.  Compare this to Canada (4.5) or Finland (2.3 per 1,000 live births.)  Many experts who study the determinants of health believe that high rates of poverty and a relatively weak social safety net compared to other prosperous countries play significant roles.

Marmite, a yeast-based spread popular in Britain and Australia led to the discovery of vitamin B9, also known as folate.  In the early 1930’s a monkey suffering from pernicious anemia consumed Marmite and recovered from the disease. Eventually, scientists were able to isolate folate from yeast. Folate is particularly important during pregnancy because cells use up folate at a rapid rate when they are actively dividing, a characteristic of fetal growth.

Your health does not begin or end with you. A baby girl is born with her lifetime supply of the eggs that may one day become her children. In other words, those eggs were formed and nourished while she was a fetus and that their quality depends upon the nourishment her mother received while she was pregnant. The same is true for her mother, whose eggs were nourished by her grandmother when she was pregnant. Experts describe this as “the 100-year effect.”  Fathers and grandfathers have also been shown to influence the health of their descendants, all of which means that healthy grandchildren owe a big debt to hale and healthy grandparents.

Except for rare diseases known as single gene disorders, your genes are usually not the determining factor in whether you will get a disease. Most diseases are “multifactoral.” That means they result from a combination “nature” (your genes) and “nurture.” We now know that environmental factors such as poor nutrition, especially during the first 1,000 days of life, beginning with conception and lifestyle habits such as sedentary behavior influence body processes like gene expression, which have a powerful effect on health over the long term.

Prescott SL, Logan AC. The Secret Life of Your Microbiome: Why Nature and Biodiversity Are Essential to Health and Happiness. Gabriola Island, BC: New Society, 2017.